Ispaa is a pioneer Spa Institute ignited in January 2009 with it's base in Cochin, Kerala, Southern India. It is the dream come true of a leading Spa Consultant and Trainer Mr. Jude Joseph. He is a veteran in Spa industry with more than a decade of experience with leading hospitality giants like Canyon Ranch (US),Taj (Mumbai) and Hyatt (Dubai).

He is an expert with international qualifications in Holistic Therapies and Fitness related subjects. He is a renowned Yoga Trainer with a Master's Degree from Svyasa University, Bangalore. He introduced a new methodology in Ayurveda and SPA Education. The passionate team of Ispaa has been conducting various International training and workshops. Ispaa focus on the transformation of a students to efficient professional healers.

Hijama/Cupping is an ancient Chinese therapy that is based on the belief that certain health problems can be caused by stagnant blood and poor energy flow through the body. To fix this issues, blood letting through cupping/Hijama therapy is very effective and is very traditional practice as well. In Muslim religion prophet Muhammad Nabi highly recommended Hijama for regaining and maintaining the health. He called the therapy as Hijama and advised certain days in a week to perform it, and to repeat it in particular intervals. The main part of the cupping therapy is nothing but cups. In olden times, practitioners used fire to remove the air from the cup, to create the vacuum and the vacuum makes the suction of the skin into the cup. A small outlet is created using surgical blade or needles gives a passage for impure blood to come out without gravitational effect. The conjunction will be released when the deoxygenated blood taken out and the energy flow will be more balanced. That creates a healthy atmosphere within the body. A passage for oxigenated blood will be maid whenever we remove the impure blood or deoxygenated blood which is floating on a part of the body. As a result supply of vitamins, proteins, minerals, carbohydrates, would be normal, which are very essential for cellular regeneration.

Main subjects in Diploma in Hijama

Internship: Student will get chance to go for on job training after the academic program. 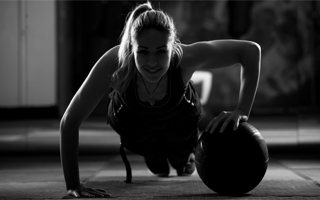